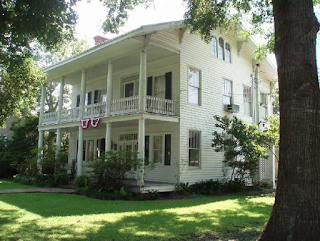 
Being raised in such a Cajun household is quite a unique experience. Some may call it the simple life while others refer to it as good old country living. As a child, it wasn’t a matter of eating your vegetables. As a Cajun kid, you would be more likely to hear, “Boy, if you don’t eat all of your rice and boulettes (meatballs), I’m gonna get you with the palette à mouche (fly swatter)!” I can never forget growing up, my dad would come home with huge snapping turtles that he would catch in a nearby lake. He would bring them home and proceed to clean them to make a good sauce piquante, or red gravy. In a bucket, he would throw away the feet and scrap pieces. If the turtle was a female, my cousin and I would always gather the eggs and chase each other around the yard as we threw them at one another. Consider it a poor boy’s paintball game! Yes, it sounds disgusting because it is!
A stereotype of country folks is the comical story of eating road kill found on the side of the road. As I have often said, “The thing about stereotypes is that they are normally true!” I can attest to this, as one Sunday morning on the way to church, my mom ran over a squirrel. It wasn’t horribly marred, as it simply died of a head wound. I remember my mom saying, “I guess I should go pick it up for your daddy.” To my amazement, she swung a u-turn that would have made Bo “Bandit” Darville proud and had me get out the car to pick up the lifeless corpse. She popped the trunk and I threw the squirrel in as we proceeded to church. After Holy Communion was over and our Hail Mary’s had been said, we returned with our catch. Sure enough, my dad was pleased to see what we brought him as he would skin it and freeze it, adding with the rest of his collection. After about seven or eight had been collected, it was supper time!