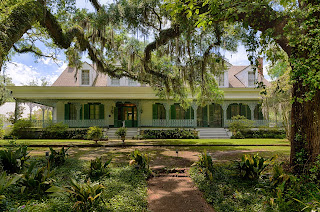 
It goes without saying, yet I will say it anyways, that the world can often be a letdown. Remember how fun events such as Christmas, Easter and losing a tooth were until you learned the cold truth that those chipper and festive characters you loved and adored were simply your parents? As you grew older, huge delusions of grandeur set in. As a teen, I just knew that the day I got my license I would have a brand new sports car waiting for me. Reality quickly set in, as I would not get my own vehicle until I was nineteen and it was a hand-me-down pick-up truck with nearly three hundred thousand miles. Prior to that, I had to chauffeur my mom around in her Pontiac Bonneville, which was powder blue in color with a big kitty cat license plate on the front. Needless to say, this was not the chick magnet I had in mind, if you know what I mean! Growing up, I quickly learned that all that glittered wasn’t gold. Hell, in many cases, that glitter effect is simply particles of lead in gun powder and we all know how quickly that can go up in smoke.
As I approached our next location, I contemplated how I would possibly be able to give it the justice it deserved. If you make huge claims like being the most haunted house in the most haunted state, how do you truly touch on every piece of haunted history and ghostly encounter? I decided that the best place to start was with the plain and simple hard facts. As I recollected every haunted story told of the infamous Myrtles Plantation, I gathered a plethora of endless tales of paranormal activity from the ten or so murders that are said to have occurred here. As I separated the years of stories from the confirmed documented deaths, I came to a startling discovery that surprised me. To my amazement, the stack of facts was literally non-existent in comparison to the legends that have been told to endless numbers of tour groups and mystery hounds. Wait a minute, if this is supposed to be the most haunted house in America, how on earth is there not more concrete evidence? At this time, allow me to throw the disclaimer out that I am not debating the fact that the Myrtles is haunted, as there are way too many credible individuals who have encountered very legitimate ghostly experiences here. With years of fact and fiction blending together into a mythical gumbo, time and elaborations continue to mix the stew more and more until we have a frothy bowl of misconceptions. It’s not a matter of whether or not the Myrtles is haunted, but what causes it to be so active?


Is the Myrtles really that haunted? HELL YES!


Are all the stories told accurate? HELL NO!


Do the tourists really care? Probably not!