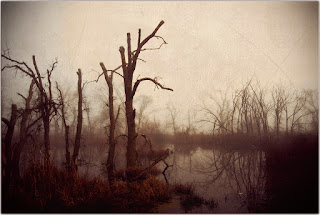 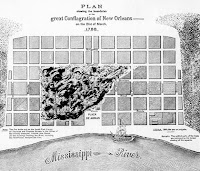 
The small walkway between the Cabildo and St. Louis Cathedral has long been known as Pirate’s Alley. More myth than fact, stories tell that the Lafitte brothers would congregate in this area to discuss their latest affairs. Their ghostly apparitions are said to wander this dark passageway at late hours of the night.


As with much of the property in the French Quarter, this plot began as a land grant around 1722. Act of sale records show that a small home once sat here but was destroyed in a fire on August 28, 1815. In 1834, the current structure was built and served as private residences. Some also say the building was once home to a tailor shop that was owned by an individual named Mr. Green who reportedly hanged himself here. Whether this is true or not, I was unable to locate any records of a “Mr. Green” ever purchasing the building. Regardless, those who visit the bar have reported seeing unexplainable light anomalies while some have even claimed to be touched or pushed by unseen hands.


Prior to becoming a radio station, this was a private residence where a young woman reportedly hanged herself on the second floor. In 2008, when 104.3 was a rock and alternative station, I hosted a paranormal radio show here called Strangeland Radio. The DJ’s would often tell me they would see and hear strange things late at night. When I hosted the show, I was normally the only one there, usually between 8:00pm and 11:00pm. There were several occasions where I heard what sounded like footsteps on the second floor along with other strange knocks and bumps. Today, it is ironically a Christian radio station and is actually within walking distance of the previously-mentioned Central Mental Hospital. 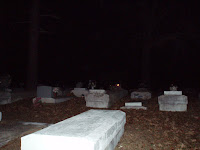 
This location consists of a very small Baptist church with an adjoining cemetery within walking distance from my home. A cornerstone on the church reads, “Mt. Pilgrim Baptist Church organized 1865, rebuilt 1970.” The oldest grave I have found is from 1927 but there are several unmarked burials here as well. This was one of the first places I started visiting as I began to form a paranormal investigation team. On numerous occasions, my friend and I have recorded electronic voice phenomena as well as very interesting light anomalies. Definitely no dust here, as the photo I captured clearly shows an orange ball of light in front of a tombstone. 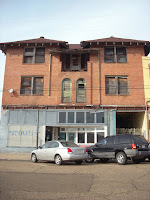 
No longer in operation, the well-known bar in Ruston was once used as Confederate hospital during the Civil War. Although abandoned, the building is still said to be haunted by the spirits of those who died here.


The building that houses the current gallery was built in the early 1900's. Over the intervening years it has housed many businesses, and has recently been remodeled. It is often felt there is a nearby presence, or feeling of being watched, when no other individuals are near. Objects are moved around, such as silverware being playfully tossed, or chairs that were carefully arranged at closing, but are found to be pulled out and away from tables when the restaurant is opened. Voices from otherwise empty areas are heard, as are footsteps from areas where no individual is present to make the sounds.