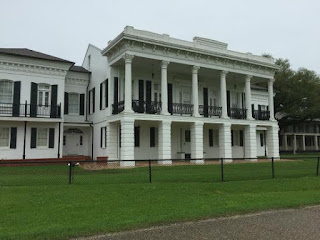 When most people hear the word leprosy, they immediately break out into chills. For years, there has been a certain stigma associated with leprosy as this uncontrollable plague worse than a zombie apocalypse! Leprosy is primarily a granulomatous disease of the peripheral nerves and mucosa of the upper respiratory tract; skin lesions are the primary external sign. Left untreated, leprosy can be progressive, causing permanent damage to the skin, nerves, limbs and eyes. Contrary to folklore, leprosy does not cause body parts to fall off, although they can become numb or diseased as a result of secondary infections; these occur as a result of the body's defenses being compromised by the primary disease.

Leprosy, also known as Hansen’s disease, dates back to primitive civilizations around 4000 BC and continues on today. However, now that proper treatments have been discovered, the cases are scarce and easily curable. Initially thought of as highly contagious, we learned this is not the case, as it is primarily spread by armadillos. Just when you thought an armadillo couldn't be any more of a pain in the ass! During the 1800’s, with a cure still not known, there was nothing people could really do with those with leprosy other than simply seclude them from others.

Such was the case in the small town of Carville, as seven individuals that were diagnosed with the disease were literally dumped off in the middle of the night, via barge, at an old abandoned sugar cane plantation in 1894. These poor souls had to basically fend for themselves, transforming the ﻿ home into a habitable abode. It may be off color for my brief attempt at levity, but I guess you could say it was your true first season of “Survivor: Leper edition”. Fortunately, the seven were resilient and were able to establish proper living conditions, even establishing their own form of currency. Two years later, the Daughters of Charity, a New Orleans-based ministry group, learned of the refuge and visited the patients. They began educating the residents of the disease and instilled a better sense of livelihood for them. In 1921, the U.S. Public Health Service took control and the facility became U.S. Marine Hospital Number 66, the National Leprosarium of the United States.
﻿

During this time, Carville, being only one of two leper colonies in the country, quickly flourished into its own community. Entire families lived here, carrying out the daily duties of any normal household. People played, laughed, and made friends, flourishing some interesting residents at the hospital. One of these was Stanley Stein, known as the "Carville's Crusader". He began a two-page newsletter in 1941 which was to evolve into The STAR, a world renowned newspaper that is still in publication today.
In the 1950’s, due to medical advancements, the mandatory quarantine of those with leprosy ﻿﻿was lifted by the state of Louisiana. However, most of the residents chose to continue living on the grounds, as this had truly become their home and the Carville refuge was all they ever knew. Even to this very day, descendants of some of the former patients still live here!
Many people do not realize that most of the advances in the study of this once horrible disease can be attributed to the work and testing conducted on the grounds of Carville. In 1986, the center became the Gillis W. Long Hansen’s Disease Center, where education continued. In 1996, the grounds were turned into the National Hansen’s Disease Museum, where people can visit to this day. Here, you can see replicas of 1940’s-era patient rooms, some of the medical instruments/procedures used, and other artifacts from the era, including artwork and written accounts from its former patients.
In regards to hauntings, this one is a little tougher than most. One would think that ghostly tales would be flying all over the place but Carville is not the case. The leper colony has always been rumored to be haunted but we have never been able to confirm anything more than hearsay. There is a small hotel on the grounds where visitors can stay. Why would anyone want to stay there, God only knows!


As irresistible as that sales pitch may sound, I think I may have to pass on that one! However, others have braved a night's stay at the hotel with expected results. In one particular case, I heard of a group of men who actually stayed the night and refused to return. Whether it is due to a ghostly encounter or the simple thought of staying in an abandoned leper colony, you decide! The numerous buildings that compile the large complex has long been on our “to do” list and we hope to be given the opportunity to finally back up the years of strange tales with concrete evidence. Still, I will be the first to admit that after I will definitely enjoy a nice bath in Clorox! For now, the grounds sit nearly empty; a former shell of its hopping community within a community.